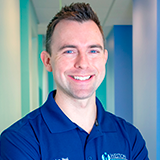 Dr. Alexander Paul was born and raised in the United States. He completed his undergraduate studies at Bowdoin College in 2006, graduating Summa Cum Laude with a major in History and a minor in Education. After serving for one year as an elementary school teacher, Dr. Paul attended the University of Pennsylvania School of Dental Medicine in Philadelphia.
He earned his Doctor of Dental Medicine degree from Penn in 2011, graduating with honors in clinical dentistry and being elected into the Omicron Kappa Upsilon Dental Honor Society.
Following graduation, Dr. Paul became a commissioned officer in the United States Navy Dental Corps. He served for five years as a Dental Officer at various military bases across the United States.
In 2013, he deployed with the United States Marine Corps to the Middle East as part of the 13th Marine Expeditionary Unit. As the sole practitioner responsible for the dental care of 2,400 marines, Dr. Paul had the opportunity to practice dentistry both at sea and in remote desert encampments. Leaving the Navy in 2016 at the rank of Lieutenant Commander, Dr. Paul moved with his family to Miami, Florida.
He graduated from endodontic residency at Nova Southeastern University. Dr Paul has been practicing in South Florida ever since.